Goldbeard is a 5-reel, 20-line slot created by Realtime Gaming for online casinos. This game's title is based off Blackbeard, an infamous English pirate who earned notoriety for his exploits in the Caribbean Sea. Of course, the name Goldbeard sounds much more appealing to slots players who are hoping to find buried treasure on the reels.

Is this slot a treasure itself? Find out as we look at Goldbeard's graphics, atmosphere, betting options, and special features.

This game's background shows a palm tree and blue sky behind the reels. We certainly won't accuse this slot of having the best-ever background graphics, but it gets the job done.

All of the symbols are of the typical pirate nature, including Goldbeard (wild), a gold coin (scatter), pirate ship, parrot, cannon, treasure chest, A, K, Q, J, 10, and 9.

Appearing in reels 1 and 5 only, Goldbeard substitutes for all other symbols to form winning combinations. He also doubles any payout that he helps form.

Overall, we'd say that the symbol graphics are much better than the background. This isn't to say the symbols are visual masterpieces, but they do have a nice cartoonish look that adds more fun to the game.

Goldbeard allows you to adjust lines from 1-20, using both the buttons on the sides, and arrows beneath the reels. You can also change your coin size from between $0.01 and $5.00.

One more betting option is the ability to autoplay the reels for between 5 and 25 spins. This is helpful for those times when you don't want to manually hit the spin button over and over.

This is one of Realtime's older 5-reel slots, so don't expect to be impressed by the graphics or gameplay. The background graphics are especially lame since they don't offer much detail.

But beyond this, Goldbeard has enough good qualities to make it a fun slot for 10-20 minutes. The symbol graphics are rich in color and do a great job of portraying the buccaneer theme. We also like how you can get scatter payouts, free spins, and play for a random progressive jackpot.

Taking everything into account, Goldbeard slots may not become your favorite game of all time, but it is a decent pirate-themed adventure. 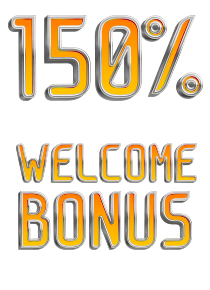